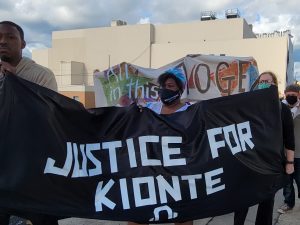 Dozens of residents and anti racism advocates marched through the streets of Roanoke calling for criminal justice reform. WFIR’s Clark Palmer has that story.