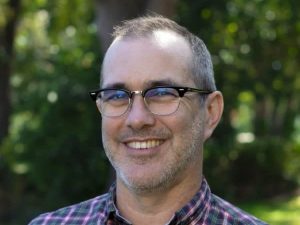 The next leader of the Roanoke Valley Greenway Commission has a lengthy background in outdoor recreation that includes trails, hiking, biking and mountain biking. Frank Maguire is currently Trails and Recreation Program Director for the Pennsylvania Environmental Council. On his current website, he talks about his love of outdoor recreation:

Mr. Maguire is currently the Trails & Recreation Program Director for the Pennsylvania Environmental Council where he helps communities  envision, plan and implement their regional trail priorities.  Mr. Maguire has held this position since 2015.  Prior to this, Mr. Maguire was the Mid Atlantic Regional Director for the International Mountain Bicycling Association.

Janet Scheid, Chair of the Roanoke Valley Greenway Commission, said that Mr. Maguire “was chosen from a field of highly qualified candidates and will bring a great base of experience and vision to the position”.  Mr. Maguire said he “is excited to begin this new chapter of his career and looks forward to working with the Greenway Commission, trail volunteers, the local governments and their staffs and the citizens of the Roanoke Valley to expand and enhance the greenway experience”.

The post Next Greenway Coordinator has lengthy background in outdoor recreation first appeared on News/Talk 960-AM & FM-107.3 WFIR.