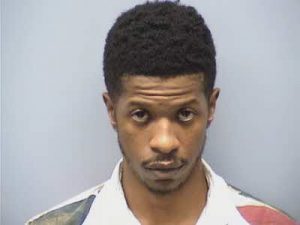 The man wanted for fatally shooting a Roanoke woman more than four years ago was arrested Friday in New York City. Roanoke Police report a fugitive task force took 36-year-old Rodney Dunn into custody. He faces a second-degree murder charge for the death of Asia Wade in February of 2017. Wade was found shot in the doorway of a Shenandoah Village apartment and died under hospital treatment a short time later.

NEWS RELEASE: On June 18, 2021, the NY/NJ Regional Fugitive Task Force arrested Rodney R. Dunn, 36 in Queens, NY on an  outstanding Second Degree Murder warrant for the murder of Asia Wade on February 6, 2017 in the 700 Block 29th Street N.W.. No additional information is available.

The post Suspect arrested in NYC for murdering Roanoke woman in 2017 first appeared on News/Talk 960-AM & FM-107.3 WFIR.